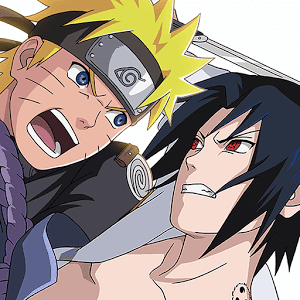 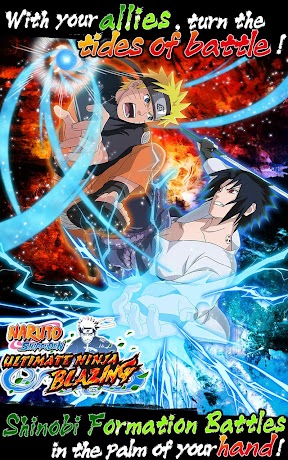 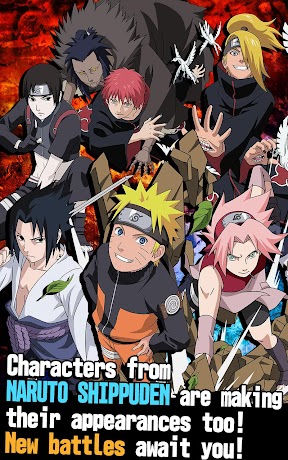 Game Overview
The all-new Shinobi Formation Battle:
A Shinobi Formation Battle is a strategic battle that can be enjoyed with intuitive controls! Unleash exhilarating Combination Attacks with your allies! In addition, if you are close to your allies, their Field Skills will activate and you can turn the tides of battle in your favor! However, make sure your allies aren't grouped together too much, or the enemy can cause you trouble by attacking you all at once. While avoiding group hits from the enemy, aim to unleash powerful Combination Attacks to complete your mission!

Diverse Ninjutsu from various ninja:
Ninjutsu are the key to battle. A huge range of Ninjutsu are featured in the game. They ranging from powerful offensive Ninjutsu, to Ninjutsu that can seal an enemy's movements! Some characters also possess an even more powerful Secret Technique!

Featuring a story that follows NARUTO SHIPPUDEN:
In story mode, you can re-live Naruto's adventures. Famous scenes are recreated in-game, and make the battles that much more intense!

Disclaimer:
1) Operation is not supported for models and OS versions other than those recommended.
2) Depending on your usage, there may be cases where operation is unstable even with the recommended models.
(Devices with administrative access, or that are being used in non-standard ways, may not be able to access the application normally. Please read the "Terms of Service" before playing.)

Notes:
1.) bypass (no dmg modification) is applicable on PvP and multiplayer event
2.) you can toggle bypass with sound in-game as below (this is labelled "all" in download):
-- BGM off = PvP & multiplayer bypass (safe)
-- BGM on = Multiplayer bypass (risky)
3.) if you don't know which one to use, I recommend only enabling the "safe" mod
4.) a separate mod (risky multiplayer-bypass) has everything high dmg except multiplayer. This download is only for those who want high dmg for Phantom event. You take full responsibility for any banning with this version.
5.) a separate mod (risky pvp-bypass) has everything high dmg except pvp. Watch out if you're using this for multiplayer event, your friends might notice things