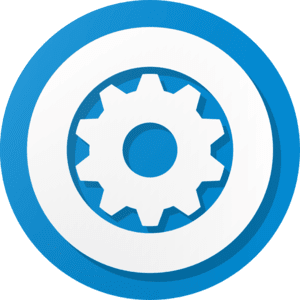 www.underclassblog.com — GravityBox is a module which primary goal is to provide the users of AOSP devices
with a tweak box to turn their vanilla AOSP ROM into custom ROM packed with additional features and tweaks without need to flash anything. Most of the preferences can be changed on-the-fly without rebooting.

Compatibility
- Supports AOSP devices running vanilla Android 7.0/7.1
- Supports OnePlus 3T running official OxygenOS 4.5 and potentially other OnePlus devices running the same OS.
- DOES NOT support devices running ROMs vastly modified by device manufacturers (HTC Sense, LG, Samsung Touchwiz, MIUI, LeWa, Xperia, ...)
- SHOULD NOT be used with custom ROMs like Lineage, AOSPA, or any other derivative - it makes no sense since the most of the features are already in the ROM (may cause conflicts and unexpected behavior)

2) If you contributed to the project by providing translations, code fragments, or by any other way
you can apply for a free transaction ID by contacting me via PM @ forum.xda-developers.com

3) Be aware that there's a system that can identify potential transaction ID
abuse. E.g. when one ID is being used by more users. Such IDs will get blocked automatically.
This can also happen when you previously exposed your ID in public forum and other users took
advantage of it. If this is the case, contact me via PM so I can issue new, special ID.
In case you own more devices, you can use one transaction ID on up to 10 of them.

4) If you are using your own custom builds of GB for personal use, you will get hash mismatch
upon verifying your ID as verification system accepts requests only from official releases of GB.
If you want to be able to verify IDs with your custom build, contact me via PM so I can setup
a special hash for your build.
If you are using a custom build that you provide for broader group of users (e.g. in a custom ROM),
it is necessary to ask for new hash everytime your new custom version is released for public use.
These rules are based on mutual trust so please, do not violate them.

NOTE: If you experience difficulties with downloading GravityBox [N] 7.0.2 (Unlocked) APK from given links below, please try to login first to those file hosting before download (it's free to create an account), make sure to uncheck "Use our download manager and get recommended downloads" or similar, if any.